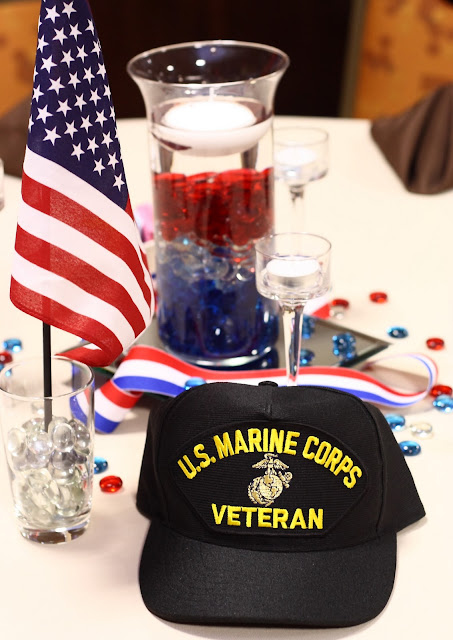 I missed posting something on Veteran's Day and while at a friend's house for a birthday party today I reminded myself of the opportunity I had back in September to photograph a reunion dinner of the Lima 3/9 Marine Corp Platoon that served in Vietnam. I really appreciate Ronnie & Brenda Shaffer for inviting me to attend and photograph this event. Even though this was a festive occasion, the MIA display set to one side of the room and the history behind what created this reunion definitely carried part of the mood throughout the evening.
I don't really know much about this group of guys and didn't ask anyone about their time served. Just from hearing general conversations between them and from talking to Ronnie I found out that several of their platoon was killed in action, several injured in action (including several who were at the dinner), and still 1 man unaccounted for and missing in action.
It was very rewarding to witness this reunion of brave men. It was even more touching knowing that my son, Shea, is now a Marine and carries on the honor and bravery these men displayed in serving their country. I am so very proud of him and for making the choice to serve his country. Since the reunion, one of Shea's good friends and fellow Marine, Frankie Watson, was killed in action in Afghanistan driving home the sacrifice that every man and woman make that sign up and become part of our Armed Forces. May God bless them all!
I want to say happy Veteran's Day to my wife's brother Don who served in the Army in Vietnam and is a great man and his family is very proud of. I also would like to say happy Veteran's Day to my brother Brad. He retired from the Navy after 20 years served and we are extremely proud of him and love him very much as well.
Happy Veteran's Day to all who have and are serving right now. We would not be the country we are without the contribution and sacrifices made by all who have served. Thank you.

Posted by Denham Photography at 10:50 PM