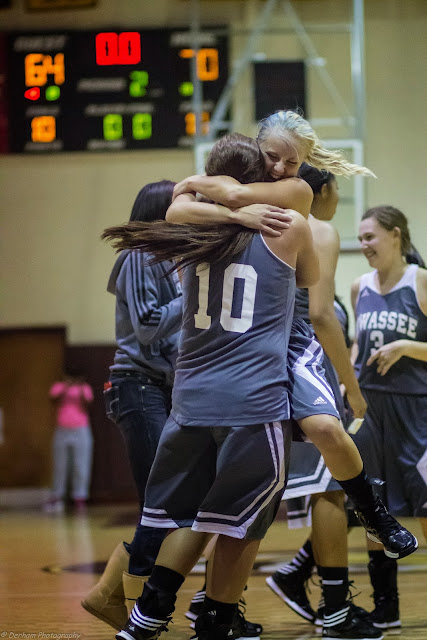 Last evening I had a phone conversation with my brother Jim. Now if you know me, you know that this is not a rare occurrence. Jim and I talk all the time, especially since we both share the same passion for photography. I usually call Jim when I have been somewhere neat or got an opportunity to do some unique photography and we share techniques, thoughts on equipment and other photography related things.
Last night's conversation was a bit different, however. Granted, it started like most of our calls, but took a turn when I started talking to him about something that had happened to me over the past few days
For the first time in a very  long time I was experiencing happiness. Most friends and family who are close to me know that the last year has been pretty rough for me. Due to multiple circumstances, that I won't delve into, the happy times have been few and far between and definitely didn't experience a long term engagement.
Photography over that year has been a valuable outlet over this time and has provided tremendous relief and up until the past few days, I thought great reward. I had sold prints, started a business, taken portraits for individuals, teams, leagues, etc. I even rediscovered my first true love of photography in Sports Photography which was kicked off by getting a couple of games down on the field at the University of Tennessee football games. I have made it a goal of mine to get into the sports photography business with either a wire service, newspaper, web site, etc. and am going to try and achieve this in the next 2-3 years. Pretty exciting.
As I explained to Jim on Tuesday night, though, 2 great experiences over the last few days have completely changed my outlook on what is truly rewarding about photography.
Sunday morning I posted the image you see above on both my Facebook and Google+ streams title "ELATION". It was my favorite shot from a day of just casual shooting at Hiwassee College's Homecoming basketball games. I was excited about the shot because I captured an emotional part of the Lady Tigers' close win on the day. I got 45 likes on FB and that is a good day for one of my pics but it was nothing compared to what happened that evening.
A young lady named Nikki Dean reshared my image with a headline that read:
"Precious Memories. Thank You Jerry Denham". You see Nikki is the young lady #10 with her back to me in the shot catching/embracing the other girl in the shot. She considered the picture a "precious memory". Never has one of my sports images been called anything like that before.
A few minutes later, another young lady named Haylee Morrow reshared the same image with this as her heading:
"My favorite picture from all the years of playing basketball! I just love this and Nikki! Thank you to Jerry Denham for this awesome picture"
Haylee Morrow just happened to be the other girl in the picture that Nikki Dean was embracing. What I didn't realize I had done was capture a powerful, emotional moment between these two girls that lifted my picture from being a good image to being something completely special to these two girls.
What an incredible feeling.
The very next night I captured this image: 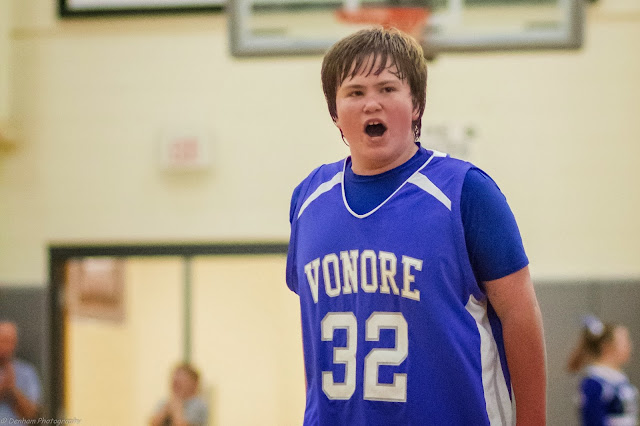 Now I happen to know #32 Caston Moses here in this picture and his family. He goes to school with my daughter and she is a cheer leader for Caston's Vonore Middle School basketball team.
He had just had a fantastic individual game as well as his team outlasting their opponent in 3 overtimes for a victory. As close as this game was I definitely wanted to capture some emotion on the Vonore team whether it was dejection from a loss or jubilation from a hard fought win. Luckily, it was latter. When the game finished Caston walked away from the huddle and let out this big yell and I just happened to have the camera pointed at him to capture it.
Like the shot of the girls from the Hiwassee game, I was excited about this shot because of the situation and capturing that decisive moment of victory for Caston.
That night, when I posted my pictures from the game, I singled out this one and tagged his dad, Greg.  Although I had captured a really good shot of Caston early in the game taking a jump shot, Greg made the emotional attachment to this image because it anchored a somewhat breakout game for Caston and one that Caston was caught up in emotionally as well. Greg messaged me and thanked me in the same way that the young ladies from Hiwassee had done the night before.
So when I was talking with Jim on Tuesday the happiness I was feeling was not from making a sale, getting tons of "likes" or +1's, or awesome comments. What it turned out to be was that my happiness was a bi-product of making other people happy. It felt and still feels tremendous and has carried over til today. I have been a new high that I haven't experienced in a long time.
Now I know that the true reward of being a photographer is not only capturing the moment but capturing a moment where someone can see the picture as something more than just a picture.
Gosh what a feeling.